Why You’ll Regret Not Going To Lithuania 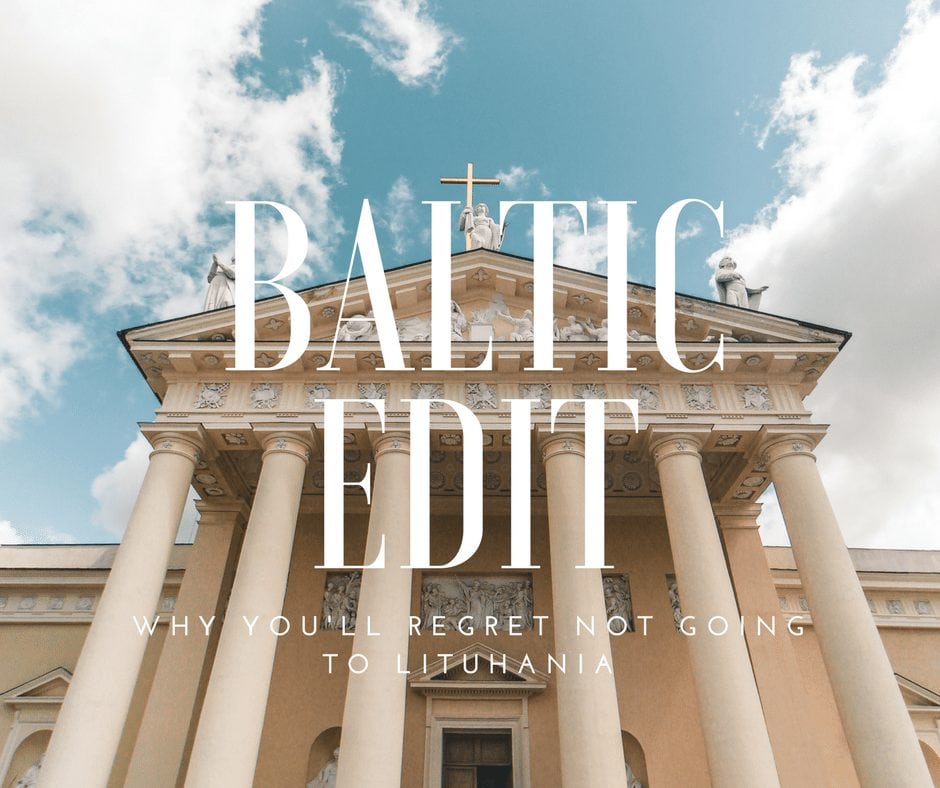 So before my adventures in Lithuania actually began, I kind of had to figure out exactly where it was. For someone who travels as much as I do, my geography skills aren’t really up to par. Anyway, so it turns out Lithuania is the southernmost Baltic State!

We started our journey of in Vilnius, where after an extremely late Wizz Air flight we woke up at the Artagonist Hotel! This quirky hotel was smack bang in the middle of Vilnius old town. It felt as though you stepped into a dystopia where modern technology met classically beautiful architecture, the small city was filled with cobbled streets and a maze of streets filled with quirky little stores. 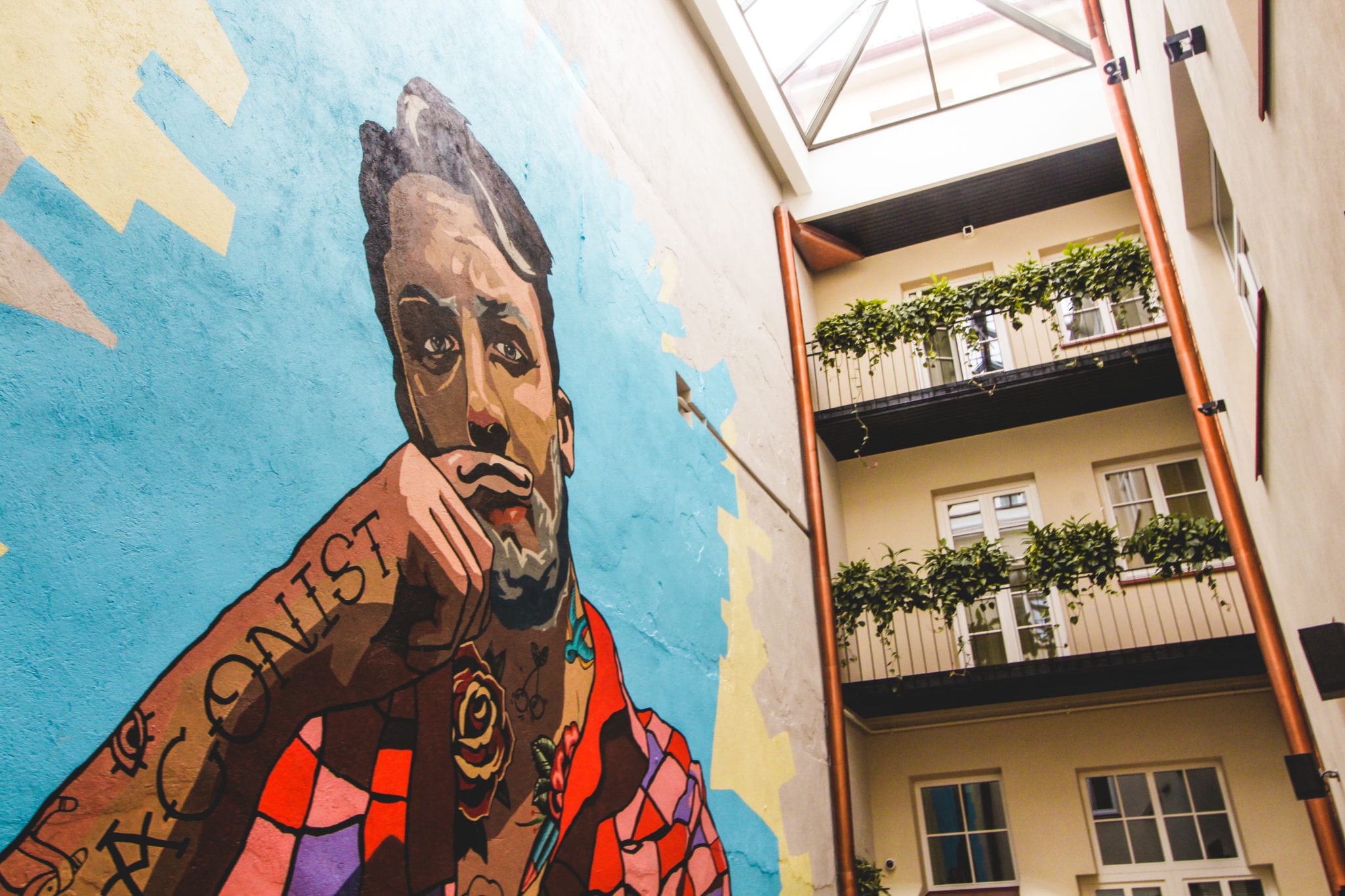 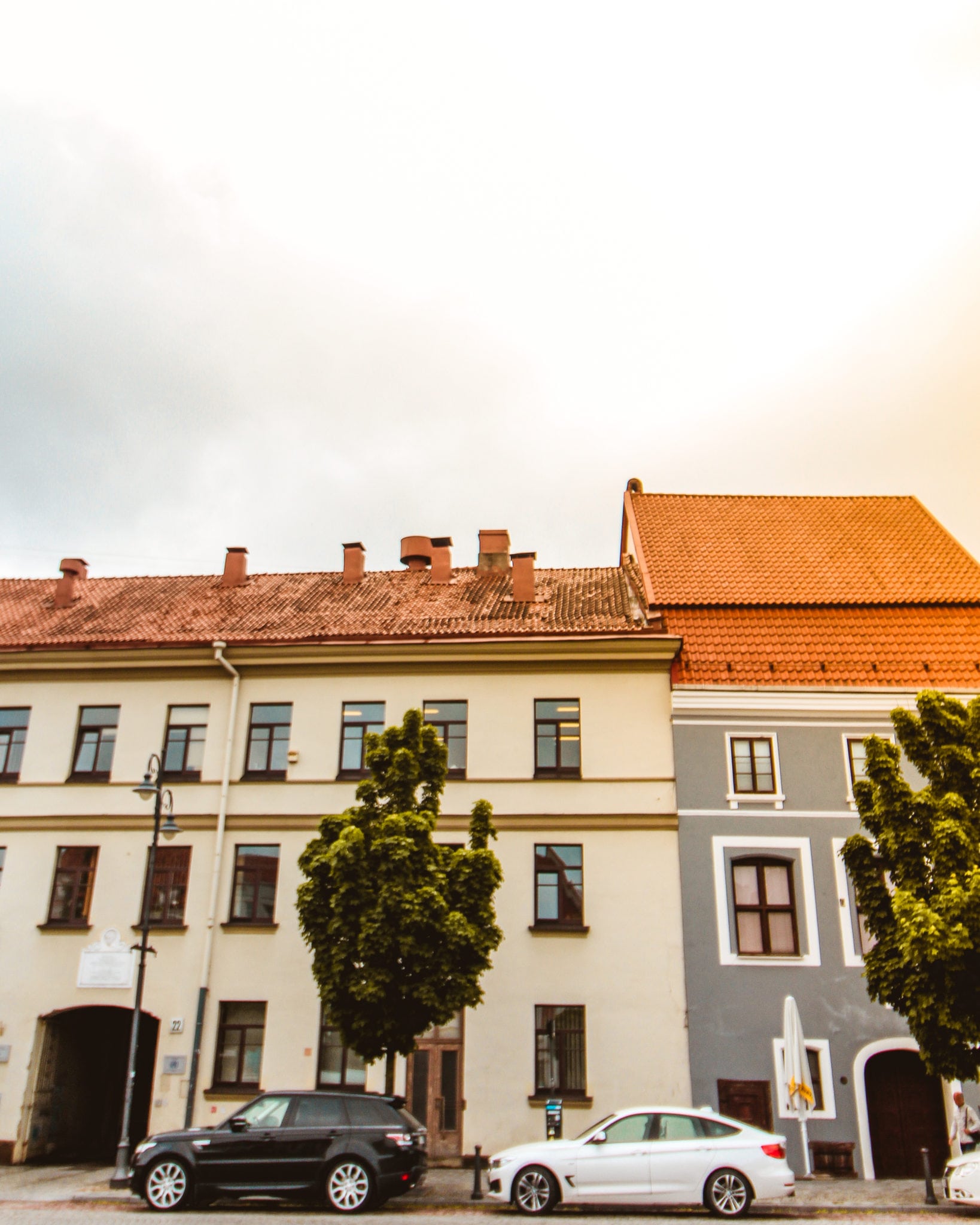 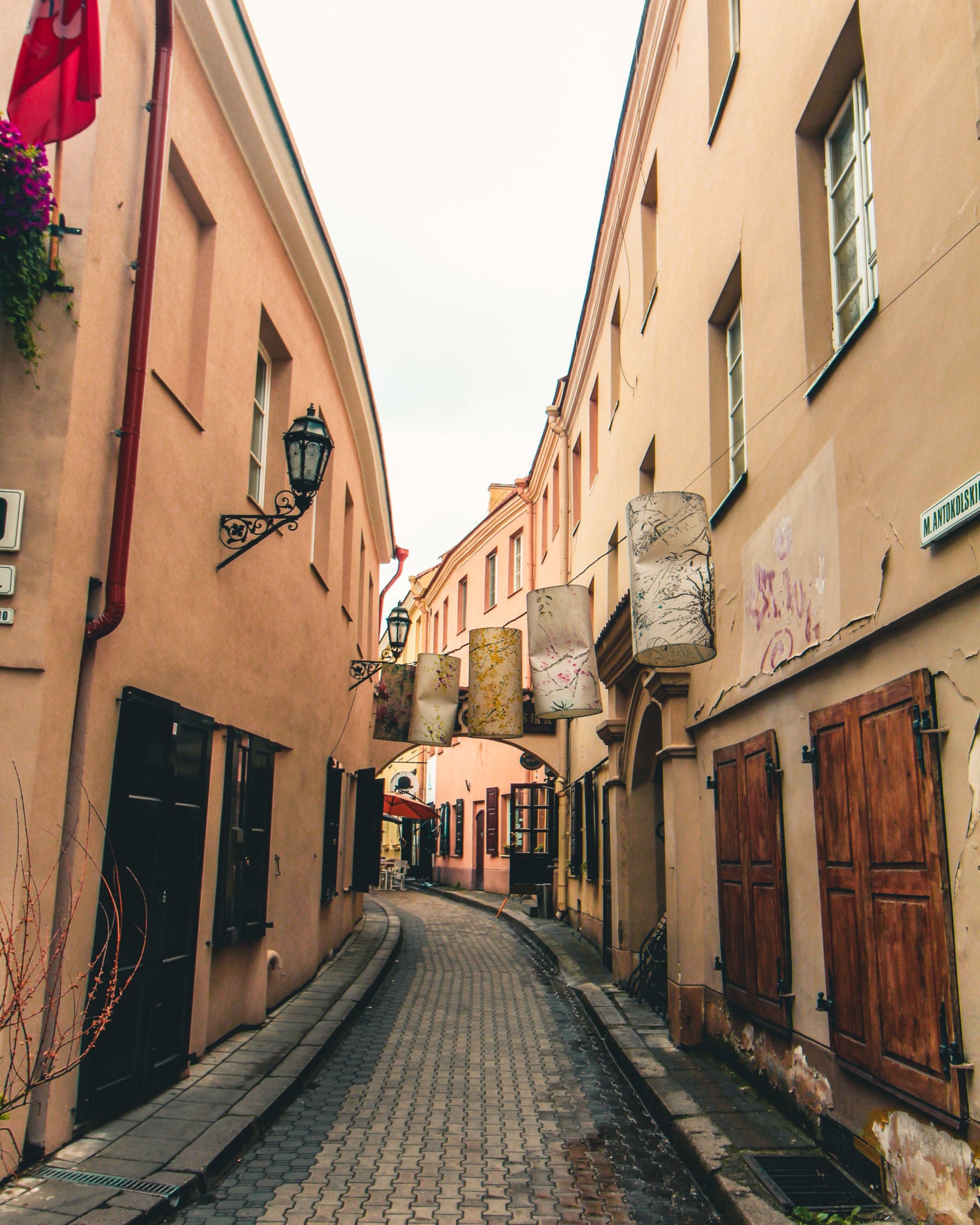 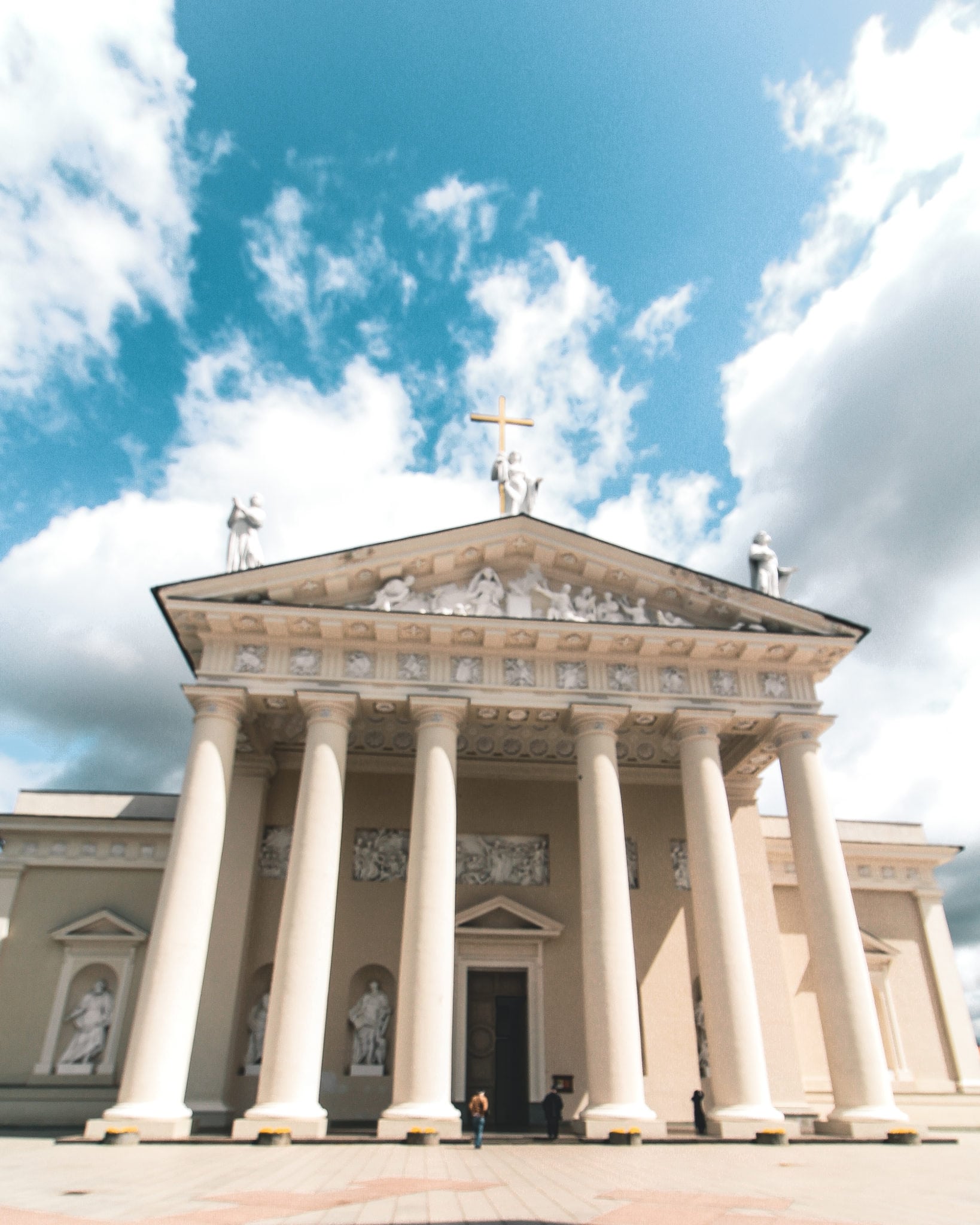 Walking through Vilnius you really felt the clash and fusion of Lithuanias deeply interwoven historical past. This became even more evident as we came to Trakai, where I was lucky enough to experience a traditional Karaim lunch and learn a little bit about the history of the Karaim people, whose Turkish routes have brought hints of middle-eastern culture to the Baltics. 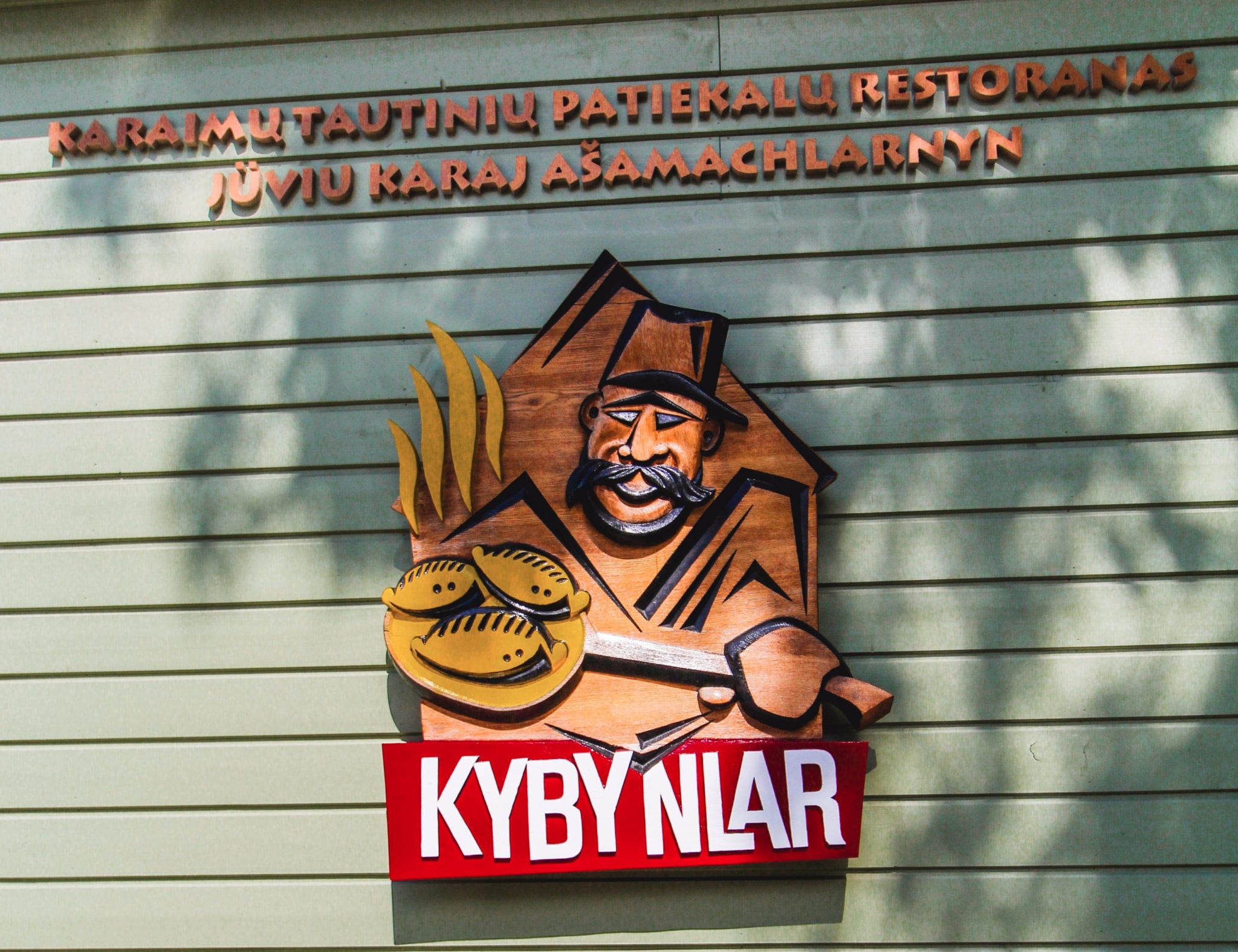 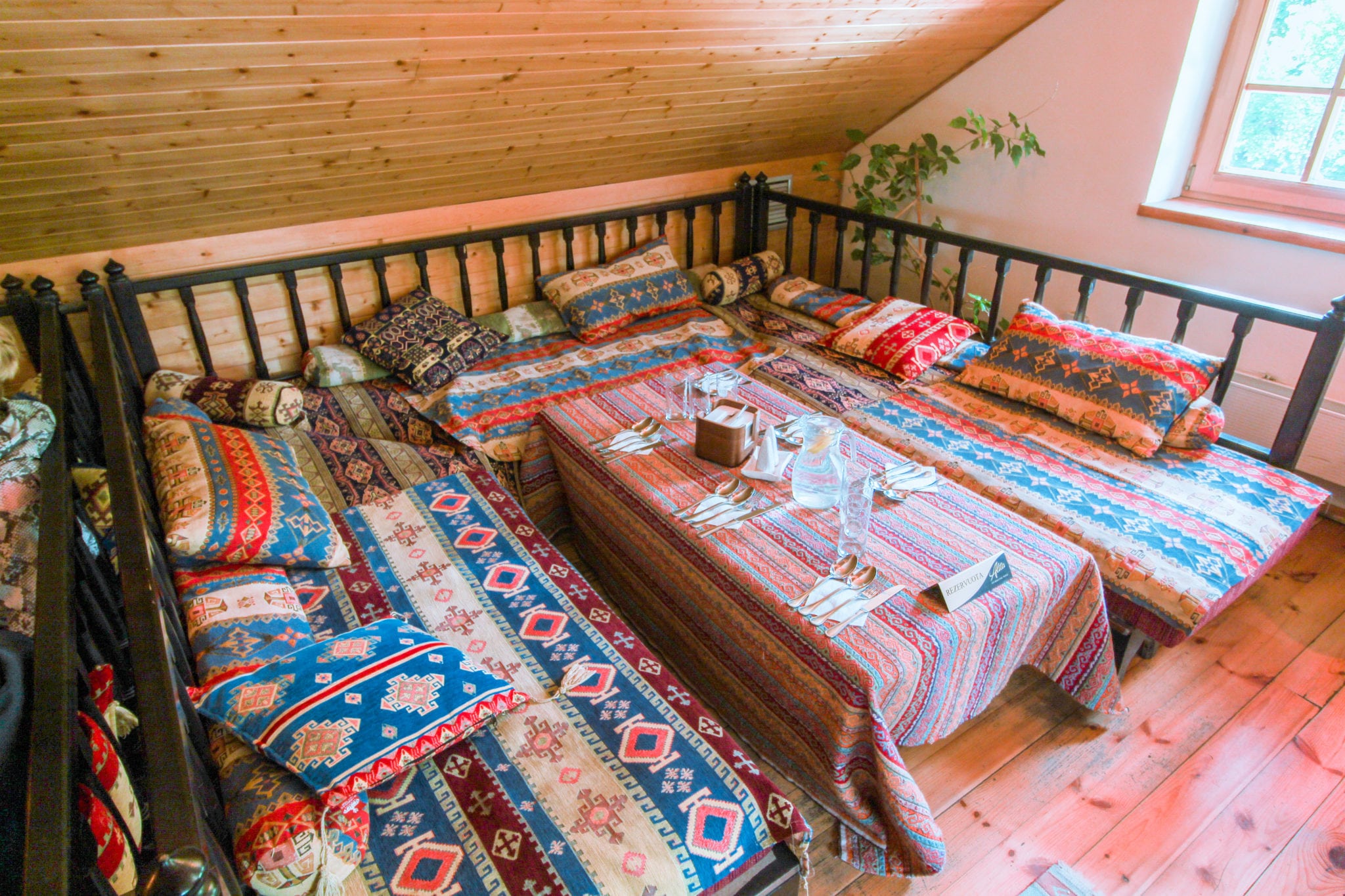 Only 200 Karaim people live in Lithuania and only around 2,000 remain in the world.

So after burning my mouth on some of the hottest soups and delicacies the Karaim people had to offer, we headed out to see the iconic Trakai Island Castle. Unfortunately, for us, the rain had decided to come in but that wouldn’t stop me whipping out my camera out to capture its magnificent stature! 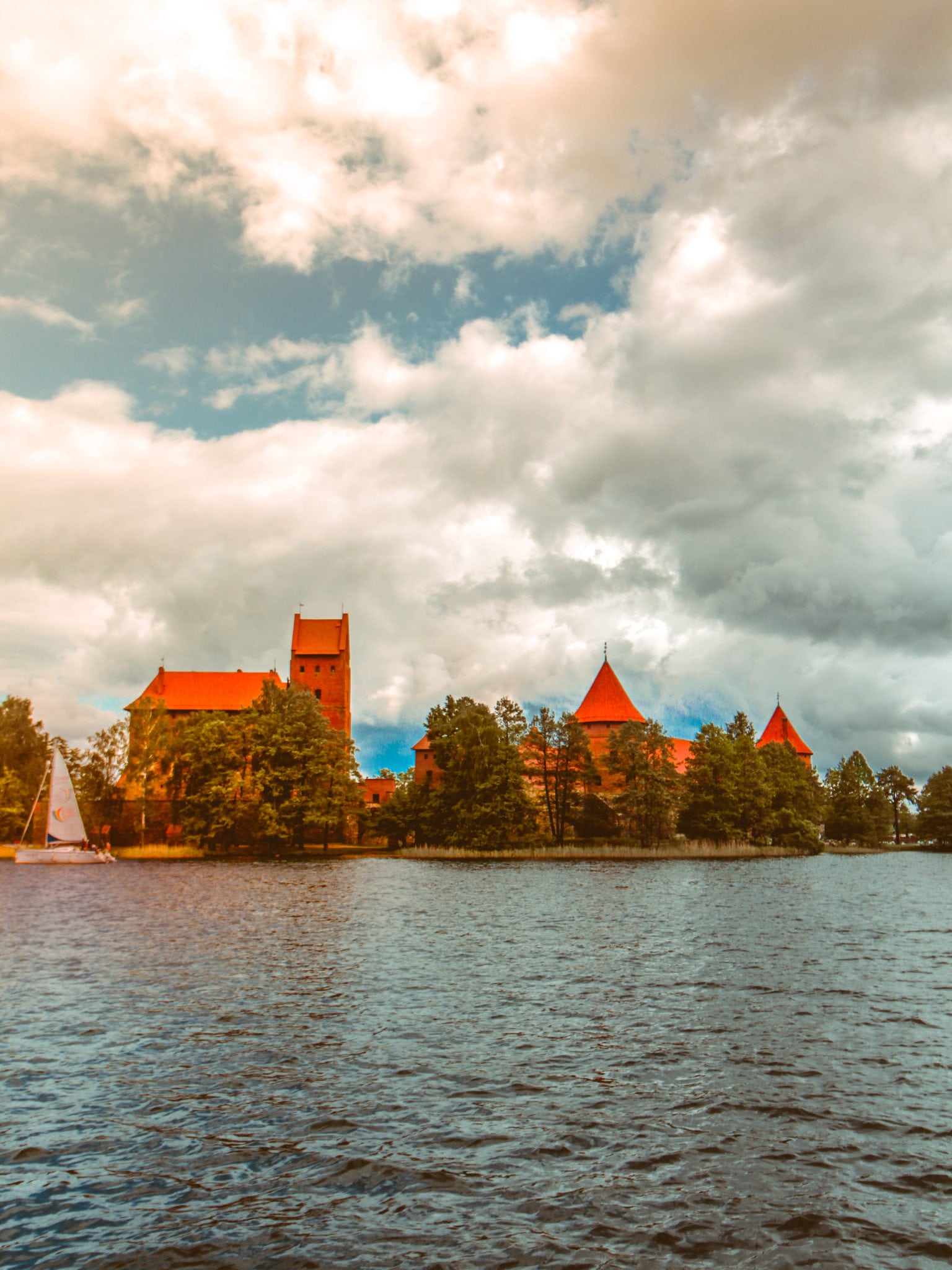 I can just imagine, how amazing it would be to sail on these beautiful waters on a warm summer day.

After a long and wet afternoon around the lakes of Island Castle, we headed back to Vilnius for a Hot Air Balloon ride…turned hill climb as the weather, unfortunately, was not permitting. (One of these days I will get on a Hot Air Balloon!)

I guess it wasn’t the worst of compromises, after a small incline trek reaching the top of the hill of three crosses we got the chance to see the amber skies over Vilnius as the sunset over the city. It slightly felt like Lithuania’s take on Christ the redeemer. 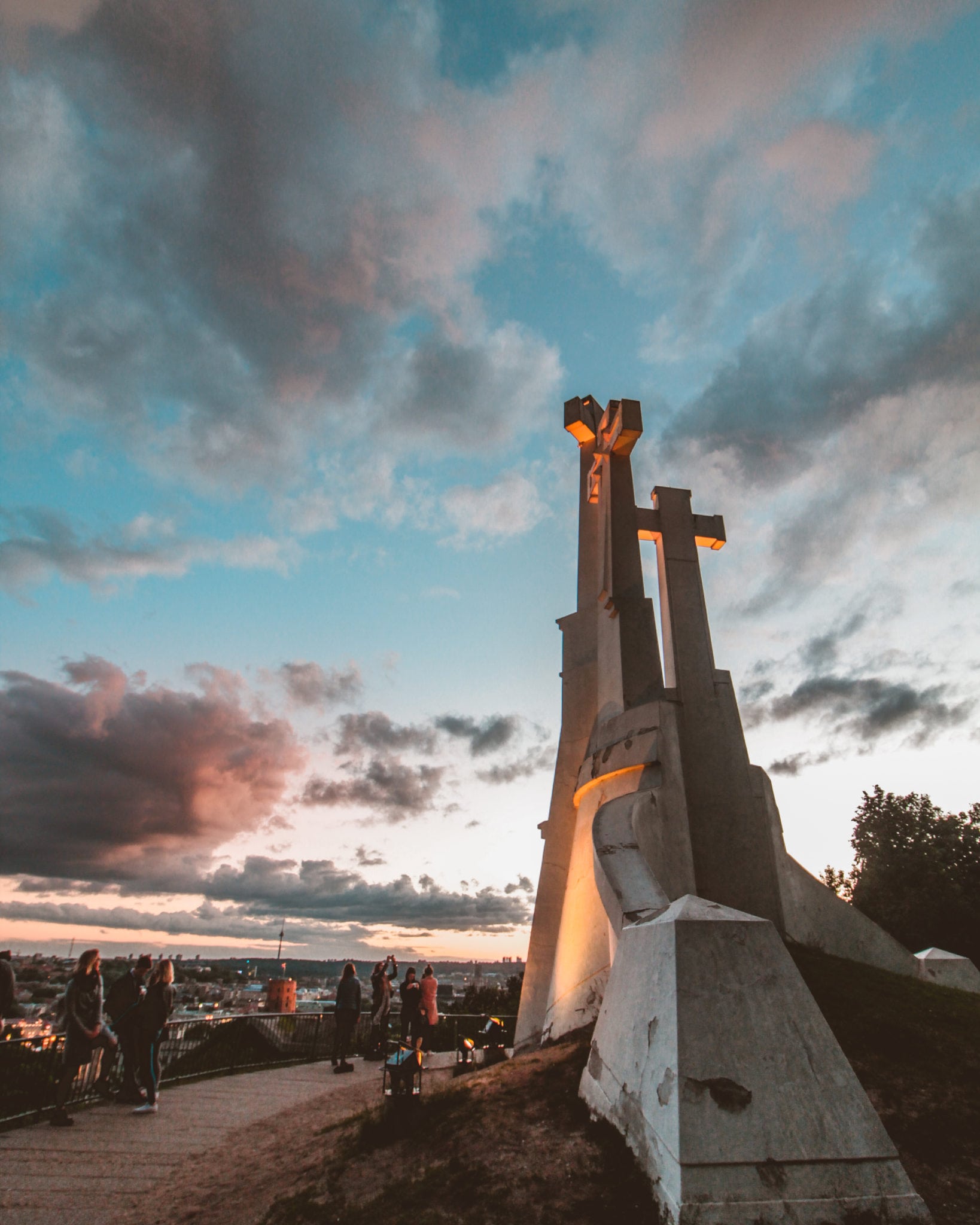 Can’t really say no to regional parks where you can walk amongst the height of the trees, can you? Anyksciai Treetop walking took us 34 metres above the ground giving us breathtaking views of forestry as far as the eye could see. 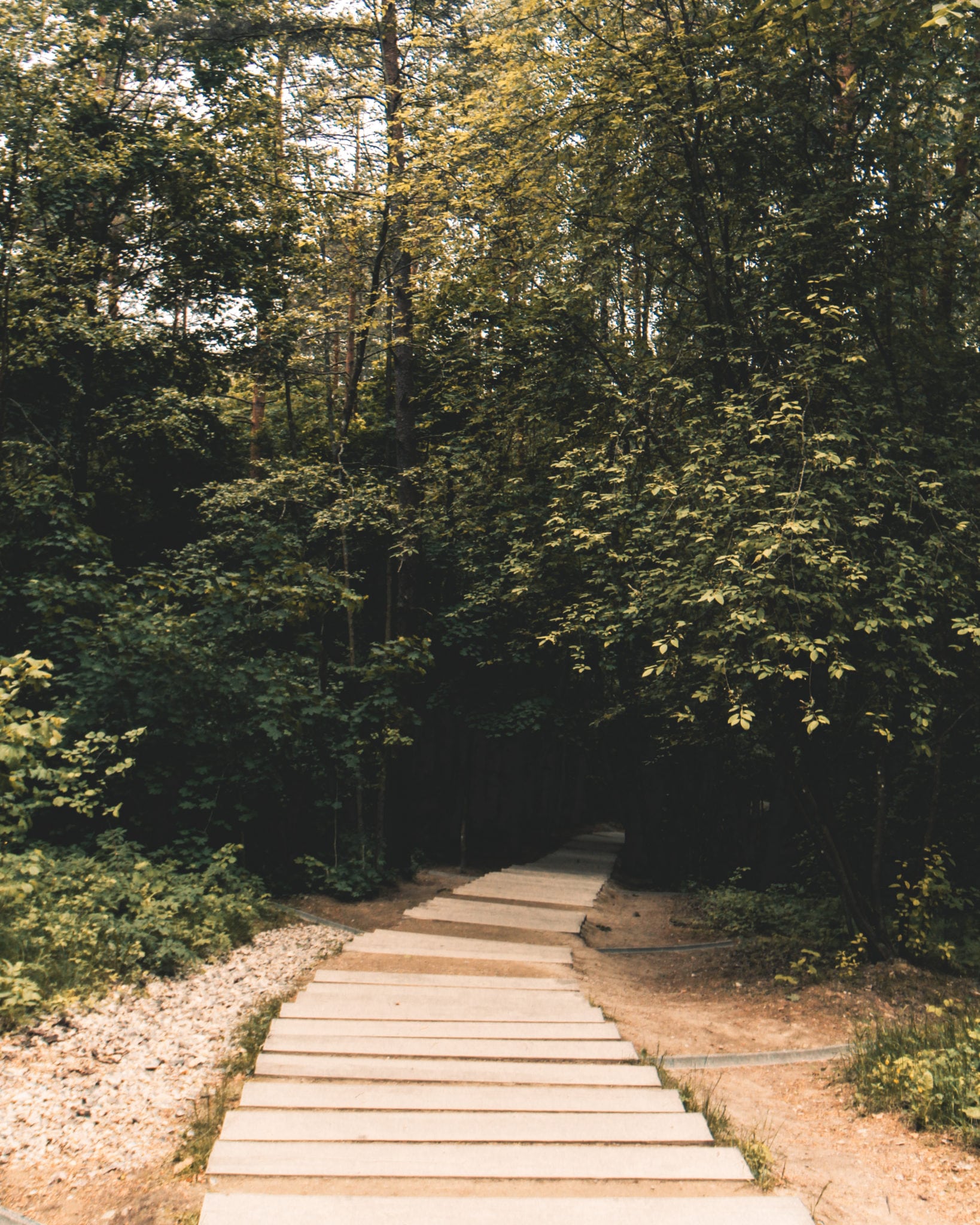 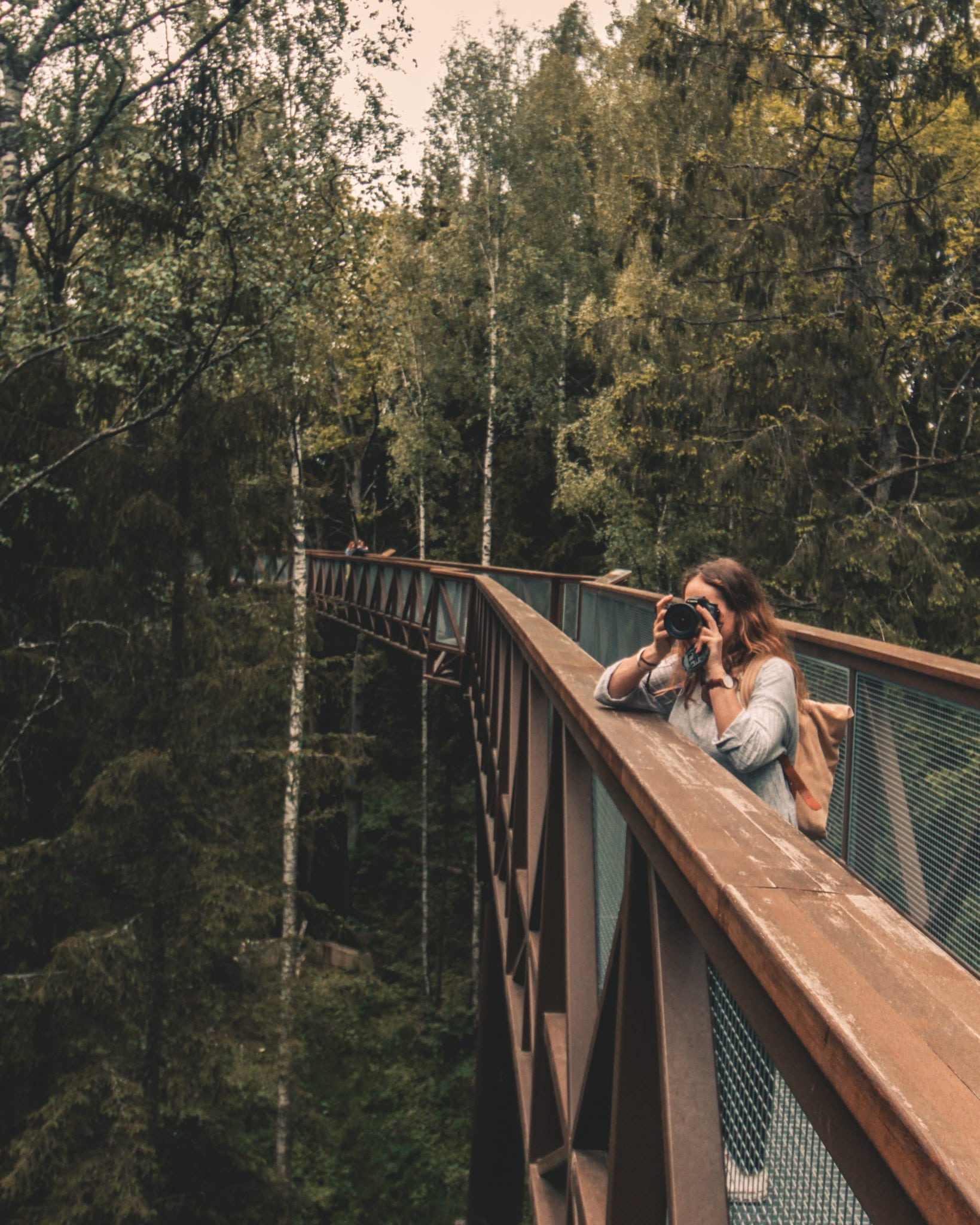 Although still debated, Lithuania translates to mean the land of rain. Which explains the abundance of lush forests and much greenery we saw during our time there. It also explains why every time we tried to go see their fantastic sights the rain came back with a vengeance to flush us out to the next place. I guess it made each experience short but sweet, so if you want to try and avoid it I would meticulously check the forecast before you book anything!

Lucky or not so lucky depending on how you look at it, the sun came out just as we prepared to jump on Anyksciai Alpine Rollercoaster!  Now considering you’re throttling yourself down a series of hills at 40mph with nothing to control yourselves except a stick it can be a bit daunting albeit terrifying your first time. What a great experience it was though, having done the laps the laps twice, it makes you realise that such a ‘simple’ experience is just as enjoyable or even more so than the huge roller coasters you find at theme parks. I would definitely like to go back and try this out again, maybe in winter next time! 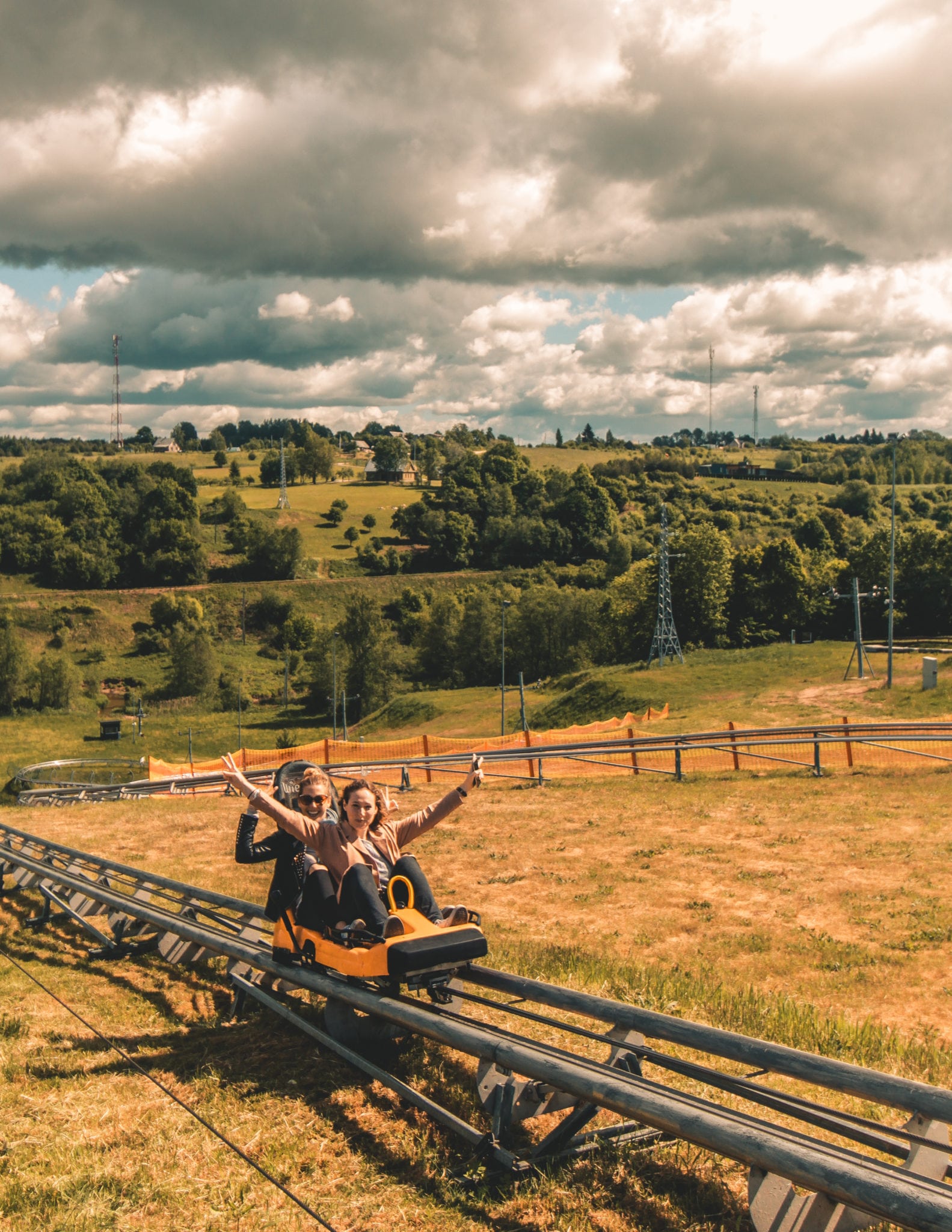 Just outside of Siauliai you can come across one of Lithuania’s most interesting sites, with different meanings for everyone that visits there. The hill of crosses is literally a hill filled with millions of crosses and that’s just an understatement. The site has constantly changed since the day of its formation, so what I saw may not even be the same in a few years time. 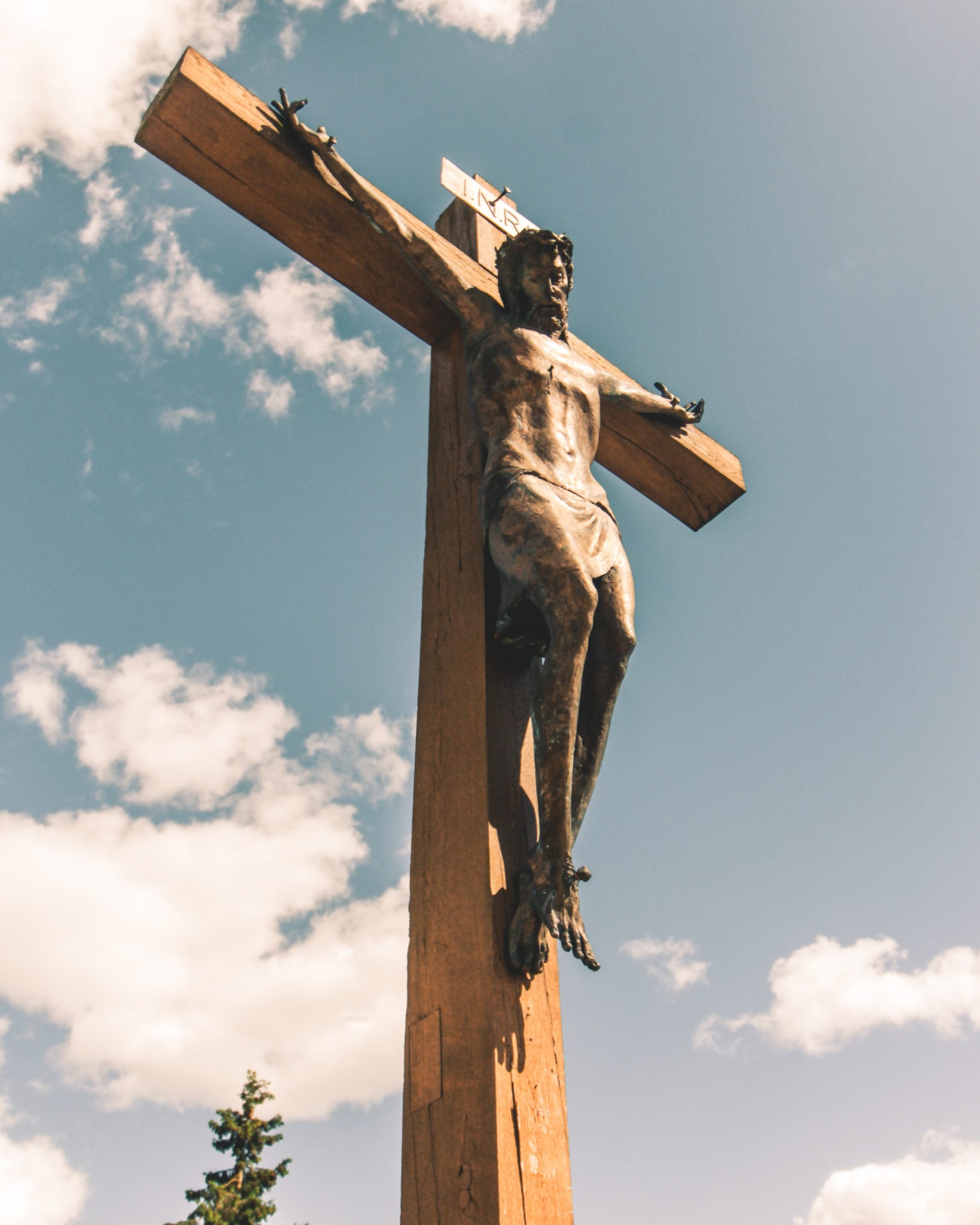 The site resonated with a previous pope so much that after his visit to Lithuania and the hill of crosses he donated a Cross depicting Jesus, which can be seen upon the entrance to the site. 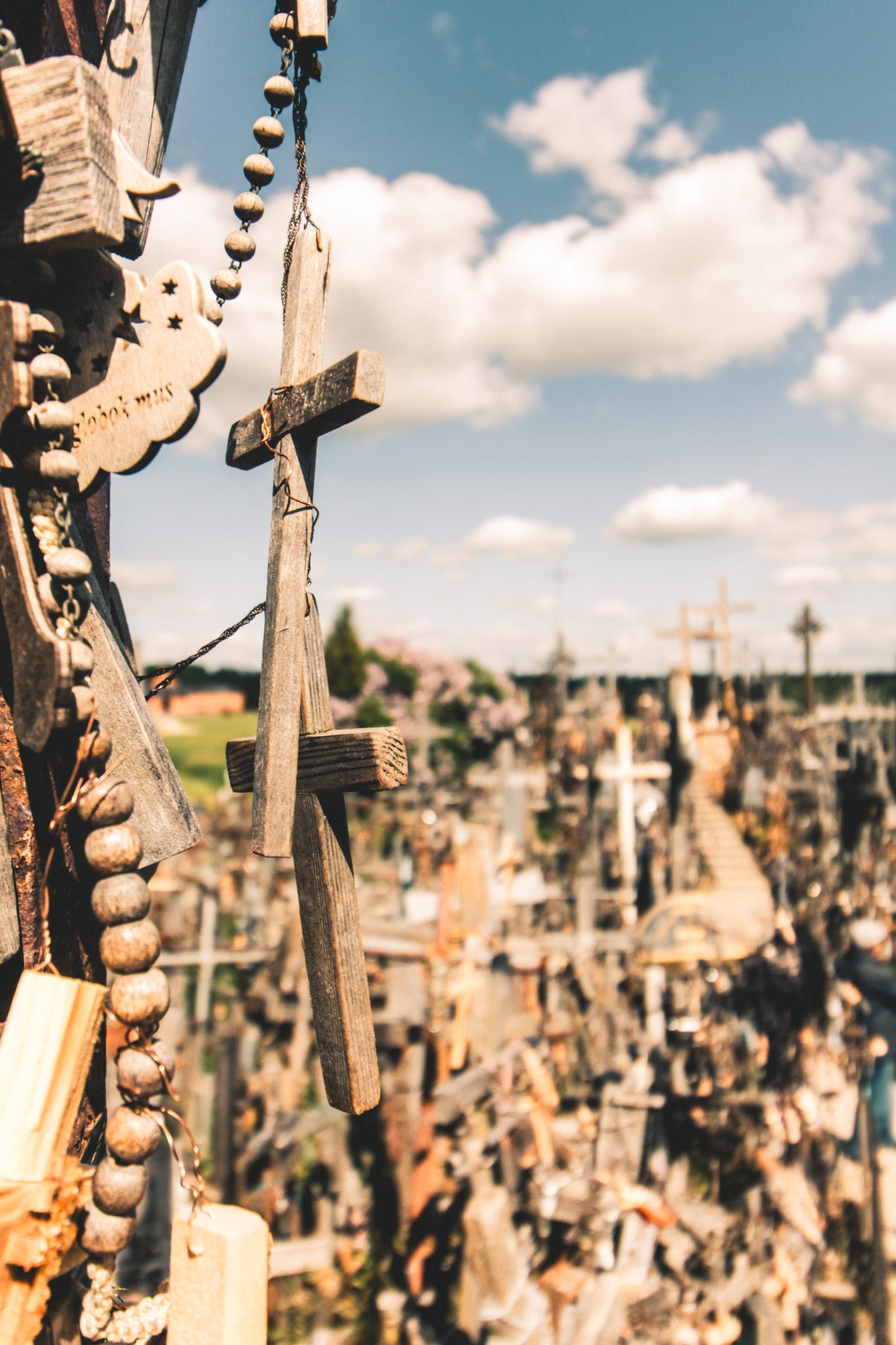 Just imagine everything you would want from that rustic lake house experience and live them out through, probably, the best homestay I’ve ever experienced. Located smack bang in the middle of a national park, Pas tėvukus looks out on to lake Berzoras making you feel cut off from reality in the best possible way. 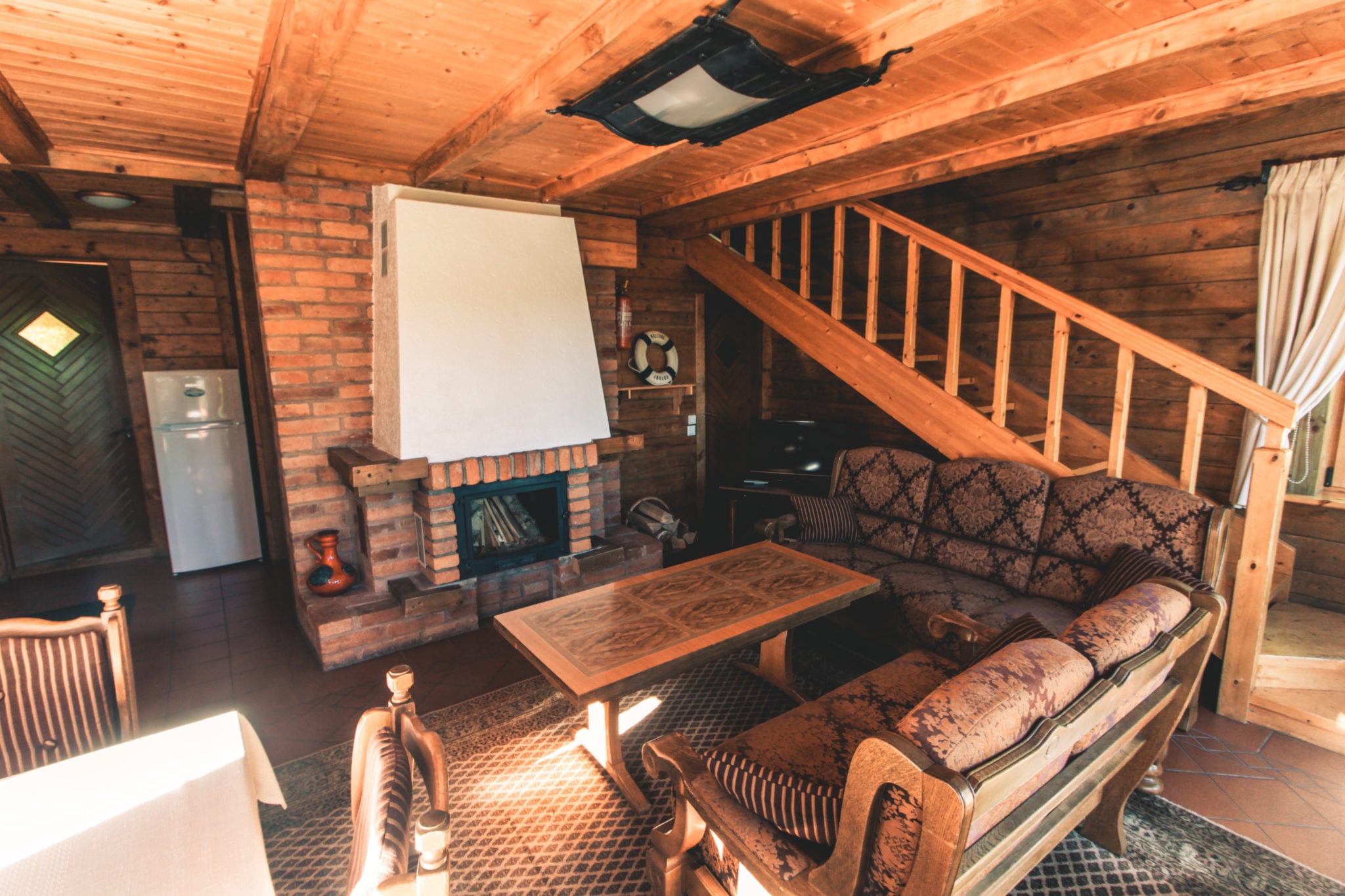 Aside from its wonderful location and accommodation, it’s owned by the most the most gracious welcoming hosts. They also provided us with an authentic (regional) Lithuanian dinner where I had the best ribs I’ve probably ever eaten and had an odd encounter with cannabis. 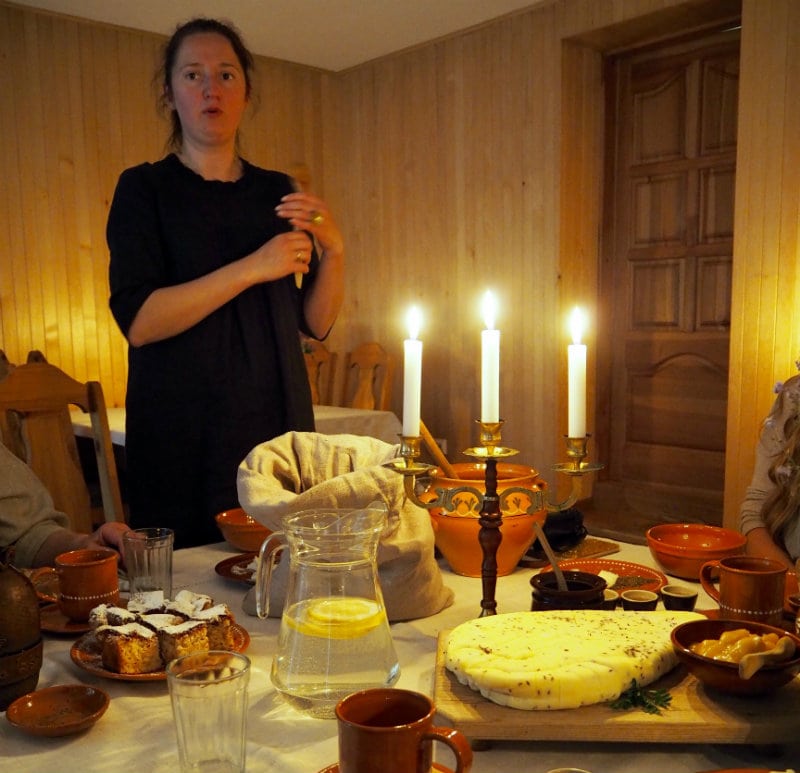 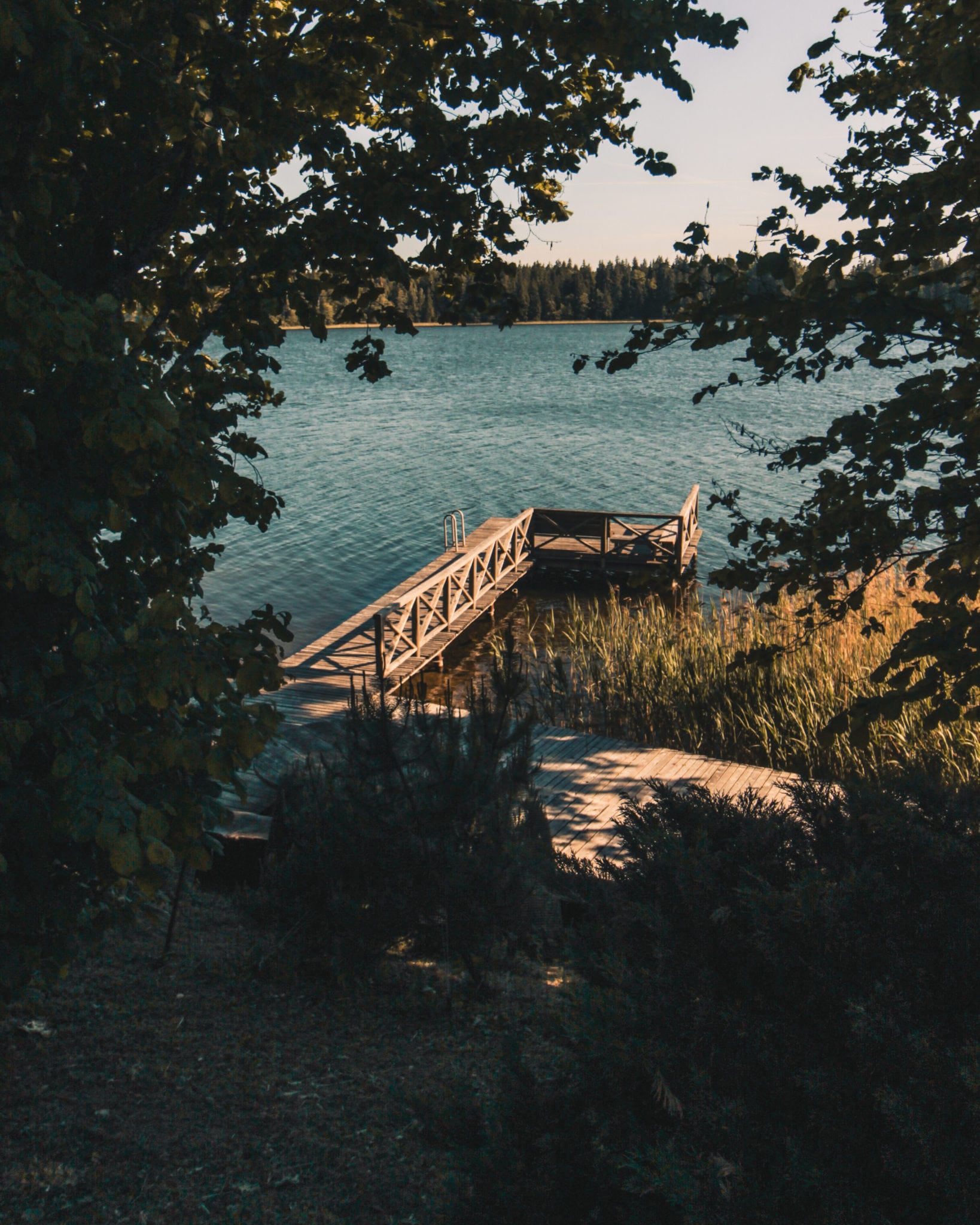 As our 10-hour road trip across the country of Lithuania began to come to a close, we found ourselves in Klaipeda. Dubbed Lithuania’s Capital of Culture, I once again felt as though I was walking amongst the stories of the past. Having been quite interested in history since I was a child, I honestly overlooked the past of countries such as those in the Baltics.

If you enjoy cobbled streets, Italian/Romanesque architecture and generally relaxed city vibes this is the place for you. 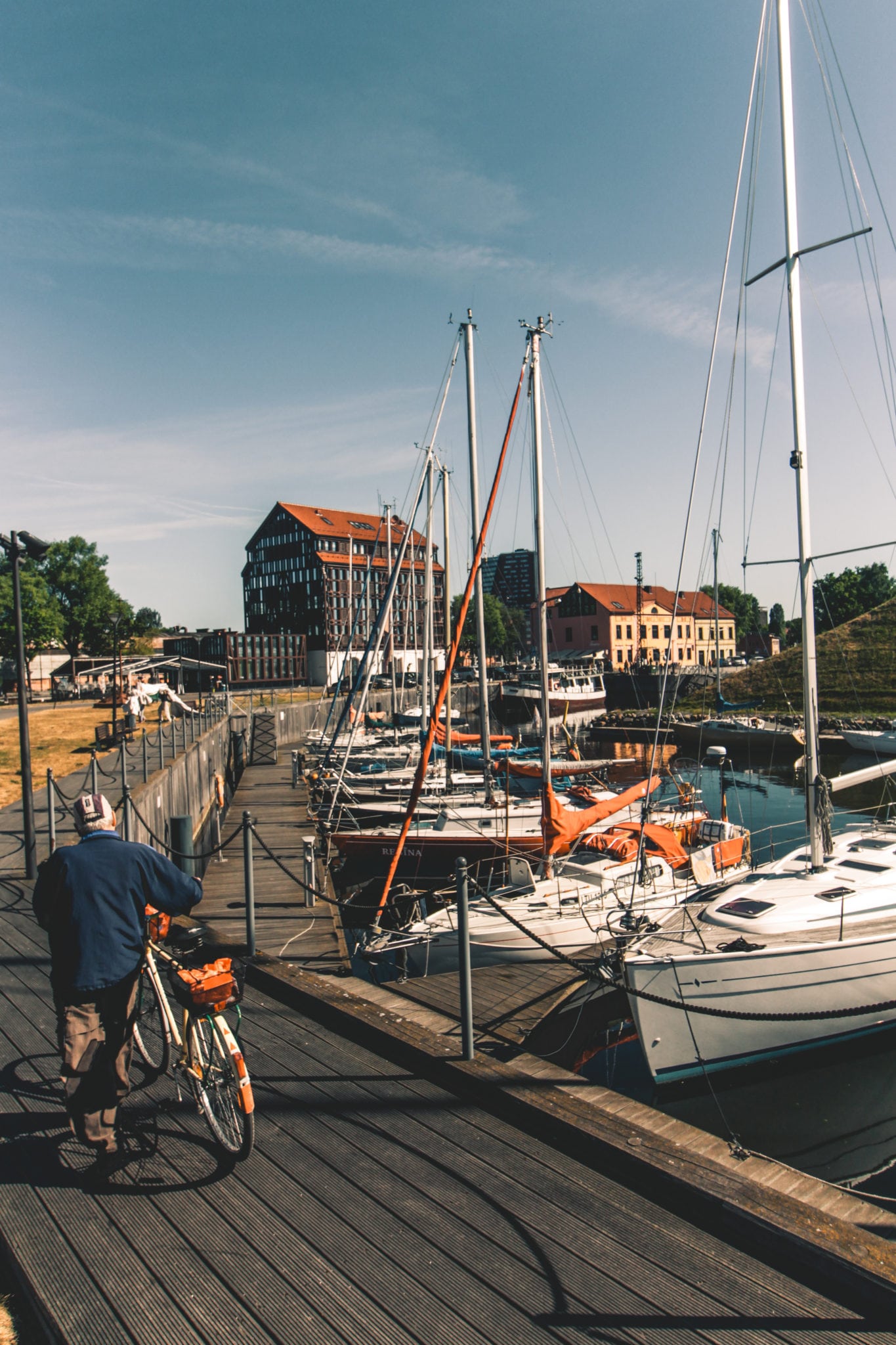 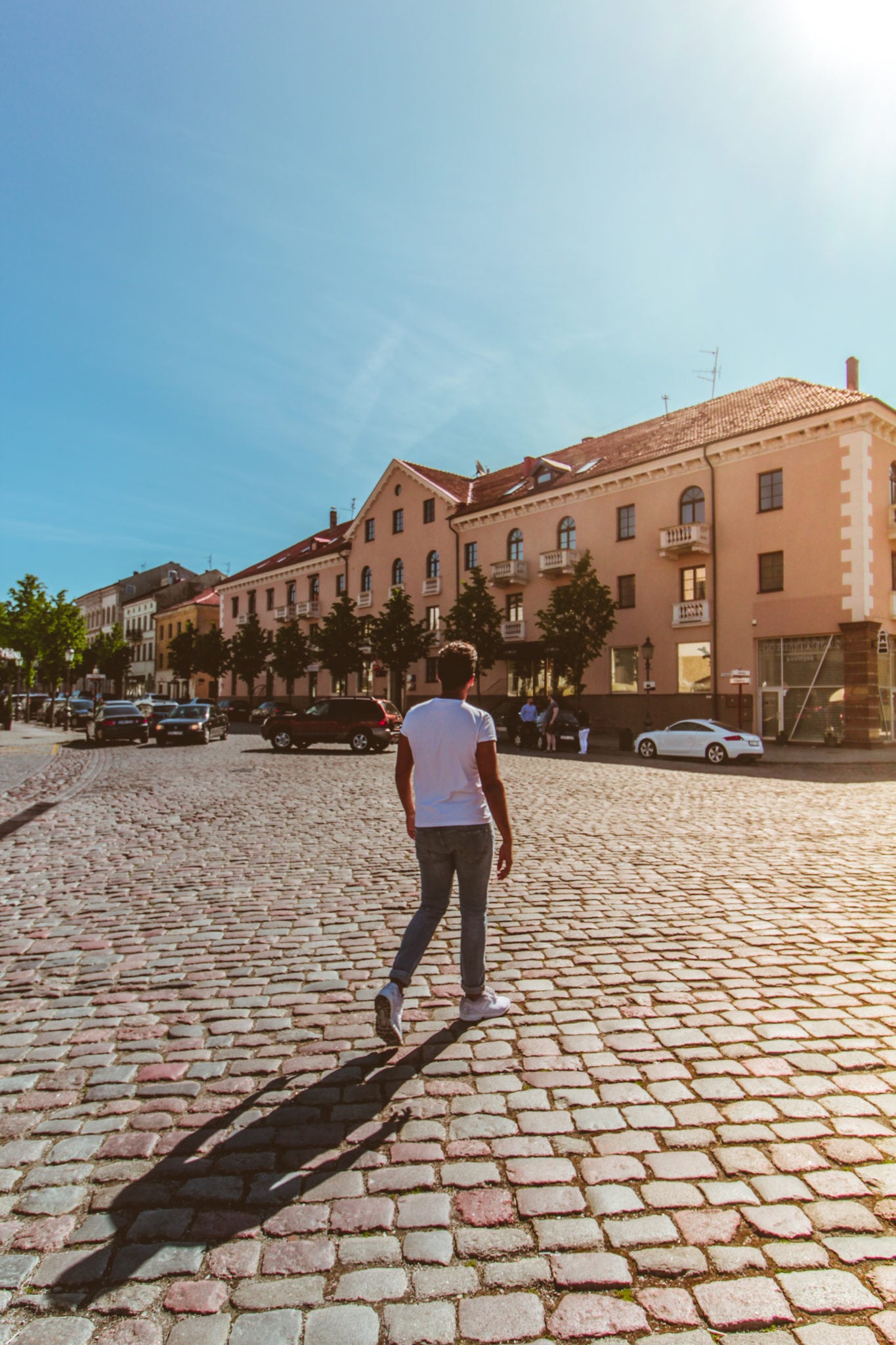 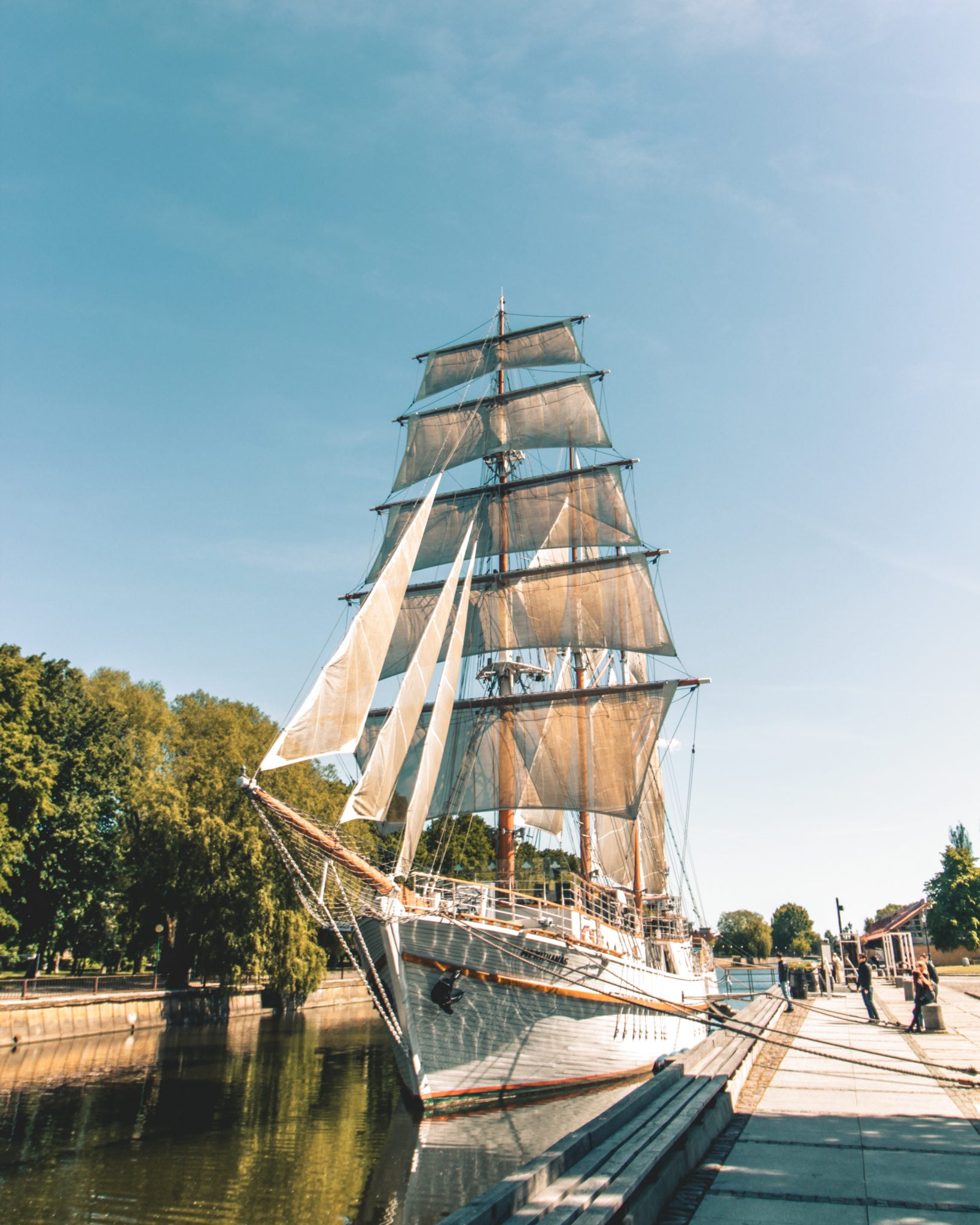 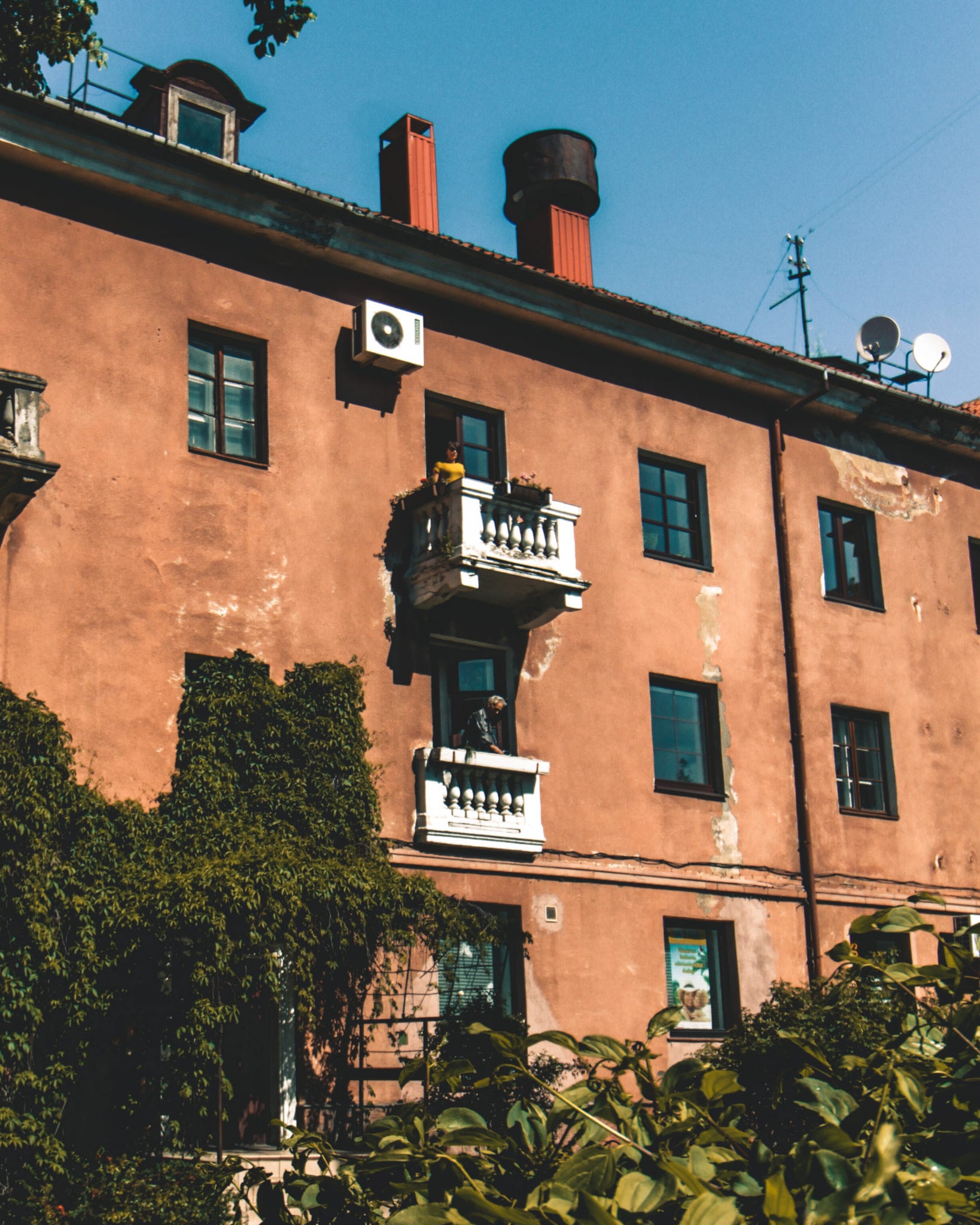 Anyone else getting Esio Trot Vibes?

Just when you thought Lithuania couldn’t get even more confusing, things just became curiouser and curiouser. A short boat trip across to the Curonian Spit National Park, we found ourselves on Witches Hill. Ironically this place really has no historical significance related to actual witches in any way, yet a folk tale spun out gave way to the creation of this woodland area filled with ‘Witchy type’ carvings and the odd children’s play area. 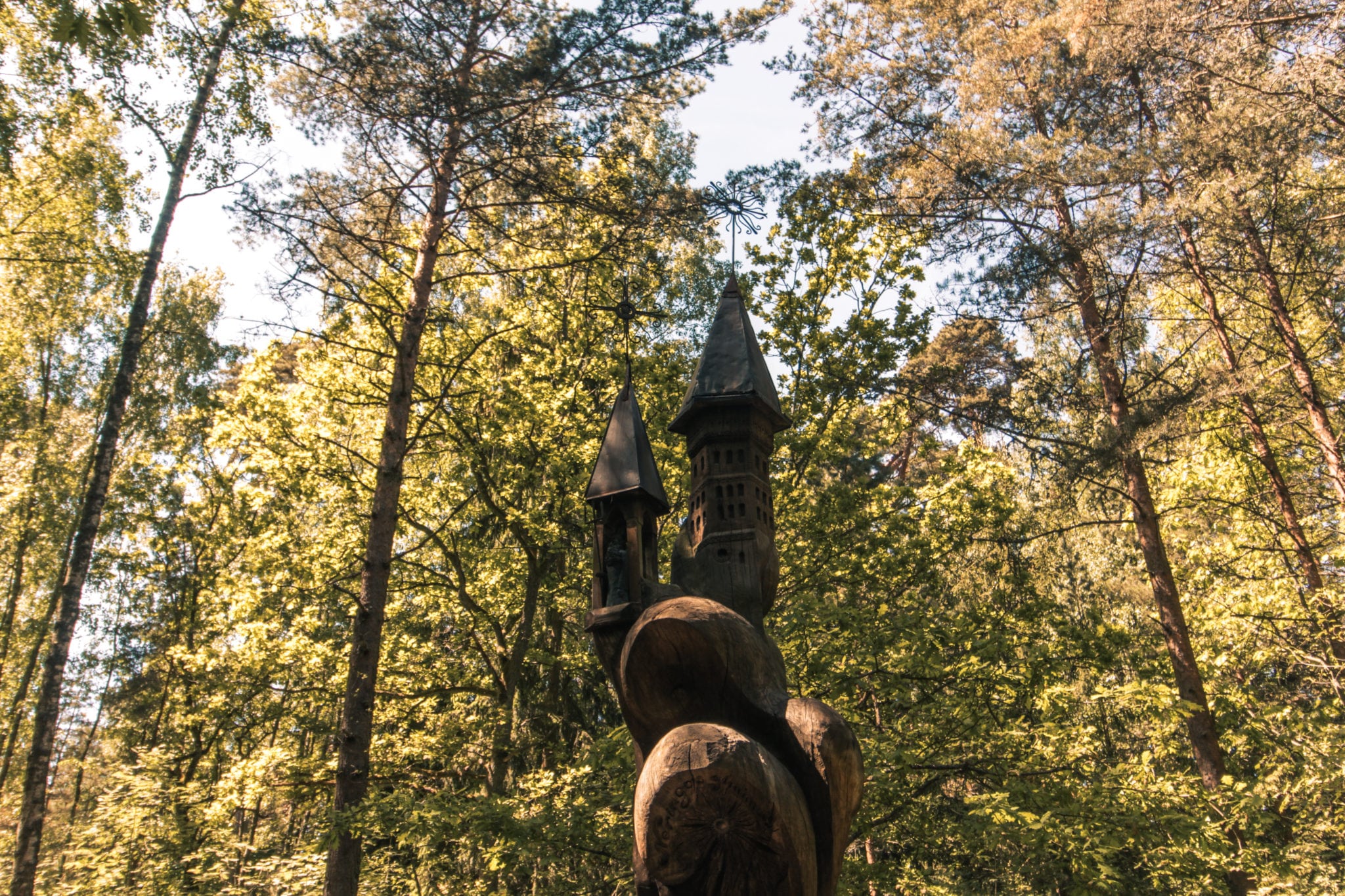 By this point, I didn’t think Lithuania could shock me anymore and yet we rocked up in the desert…well the Dead Sand Dunes which span across the national park.  Now usually when you think sand your mind would probably go to, the beach, the desert I.e. Middle East or Egypt. I don’t think anyone’s first thought would be the Baltics or Lithuania. 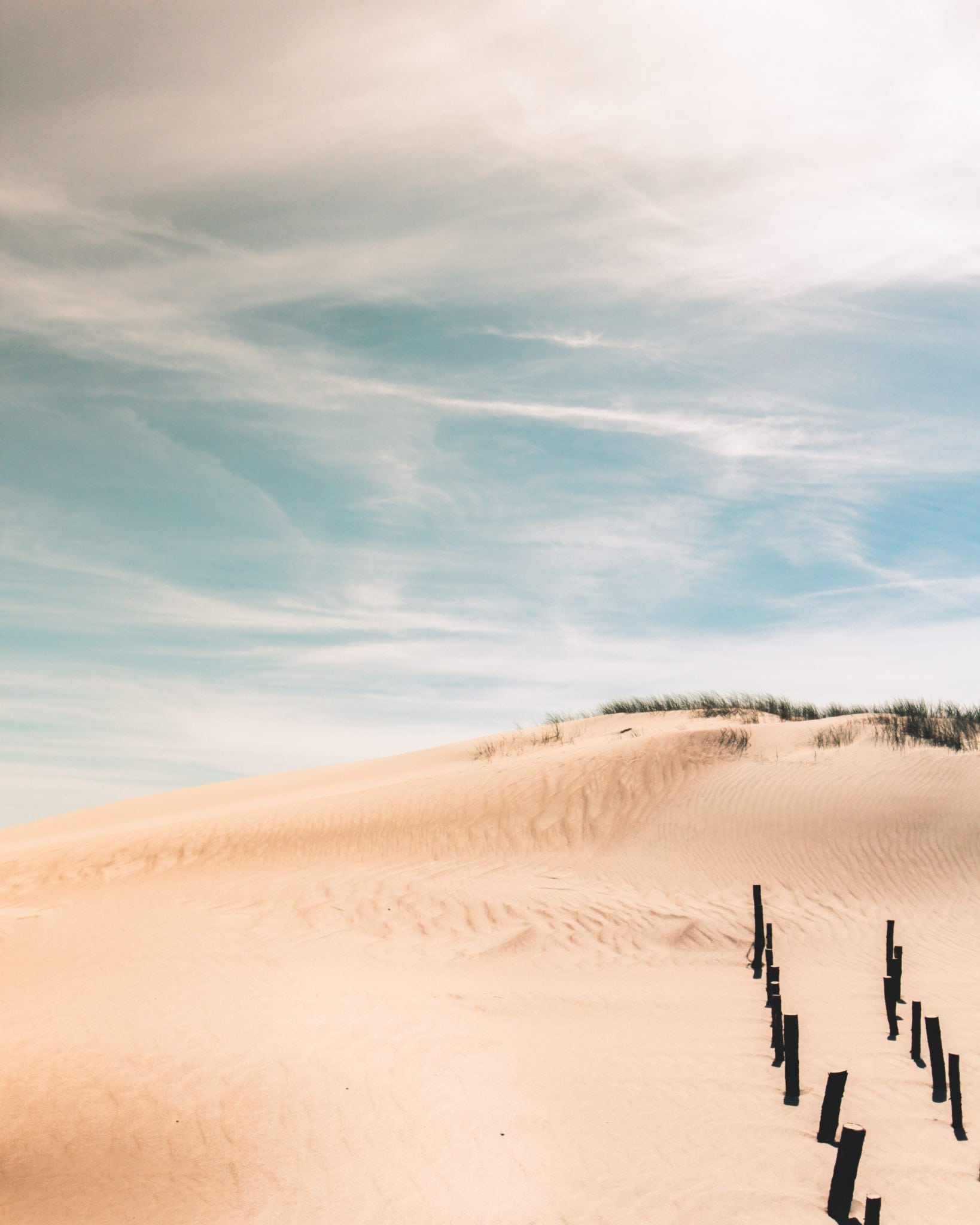 The slow moving town on the Curonian lagoon, Nida truly lives up to its picturesque coastal town image. The small town filled with boats, galleries, markets and restaurants makes you feel as though you’ve found the town doing everything right. 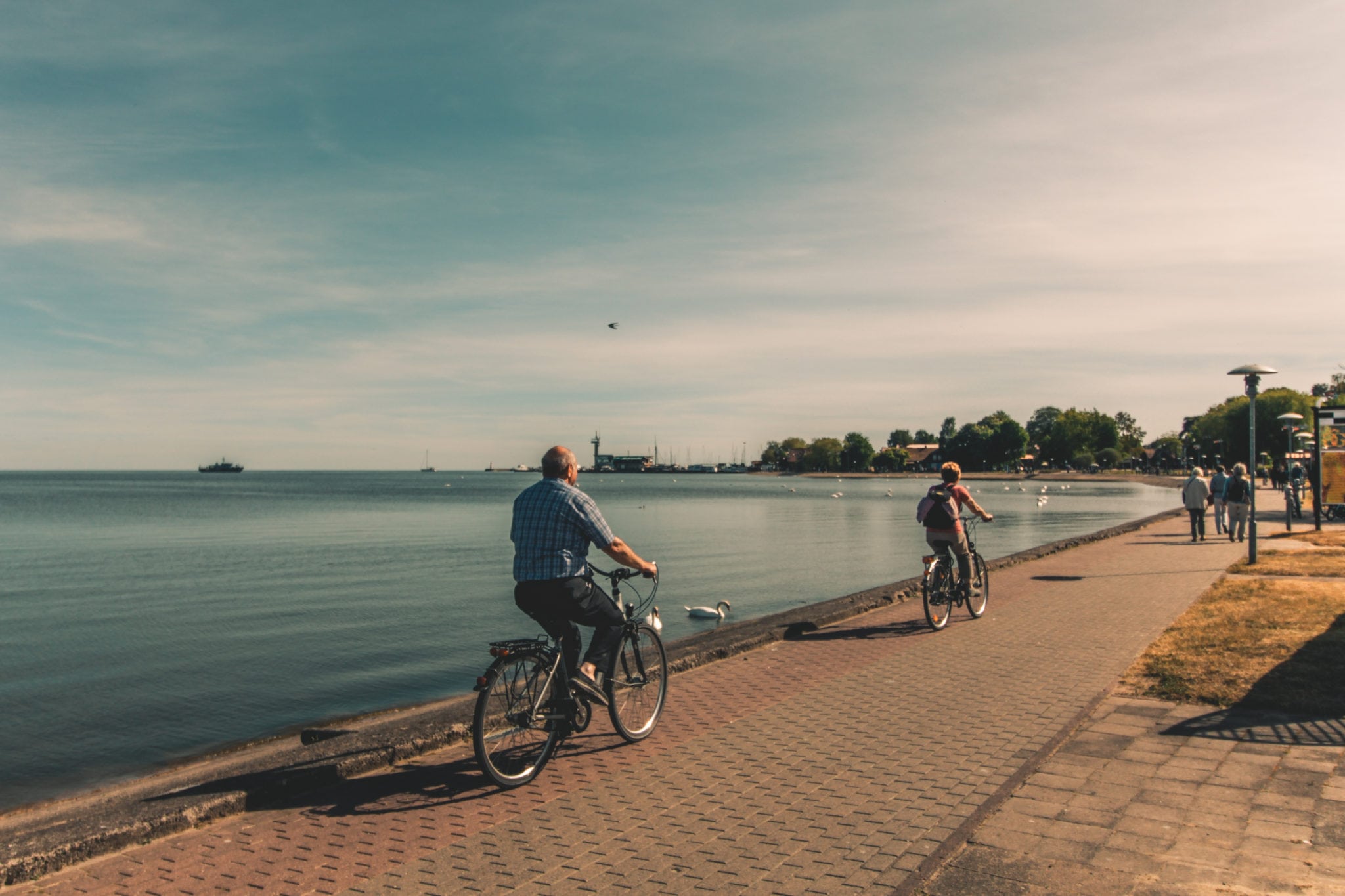 For what was probably the most strange yet balanced adventure I’ve had so far, Lithuania definitely took my breath away! I truly understand why “Real is Beautiful” is their slogan. From walks through history into the woods and deserts, I’m so glad I had the opportunity to visit yet so disappointed they aren’t spoken of more!

Lithuania is a country that reminds me of why I have such wanderlust and sense of adventure, as there is so much to see in the world in places we would never have thought off!

Let me know what locations have surprised you, or where I should go next!

Well, I hope you guys found this short experience article interesting and insightful!
Let me know below if you have any questions!

Remember I’m running a TRAVEL GIVEAWAY open to all my Subscribers!
Click Here to get more details! 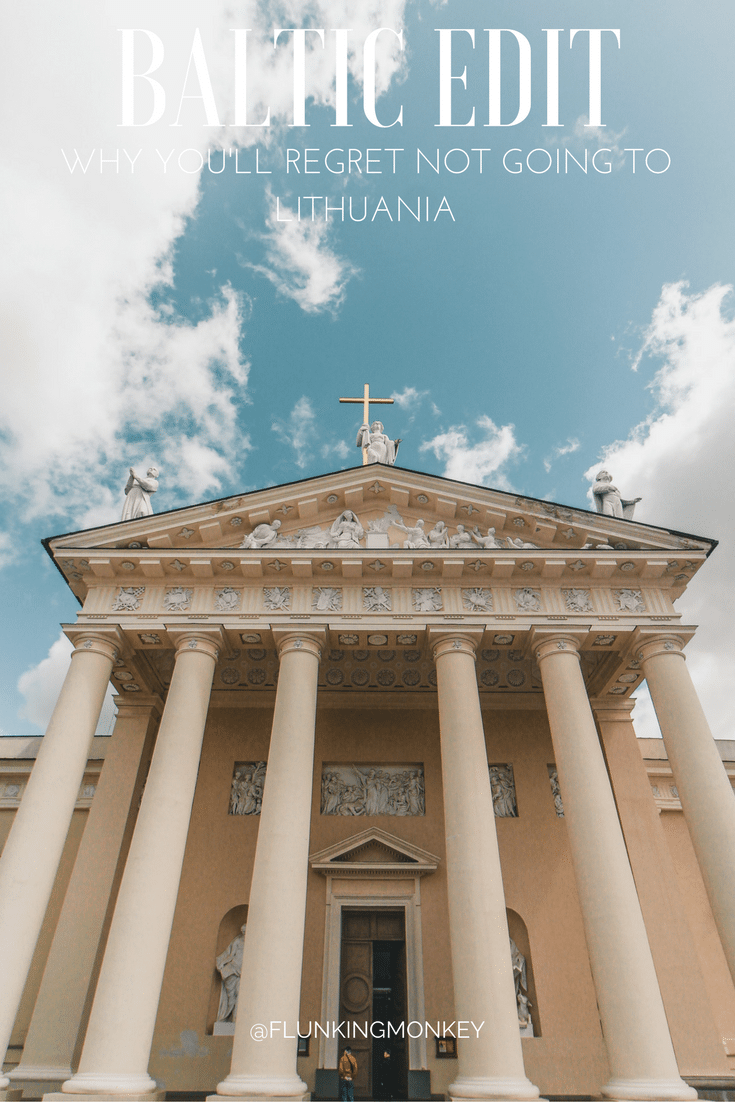 [Please Note – all opinions in this post are my own]