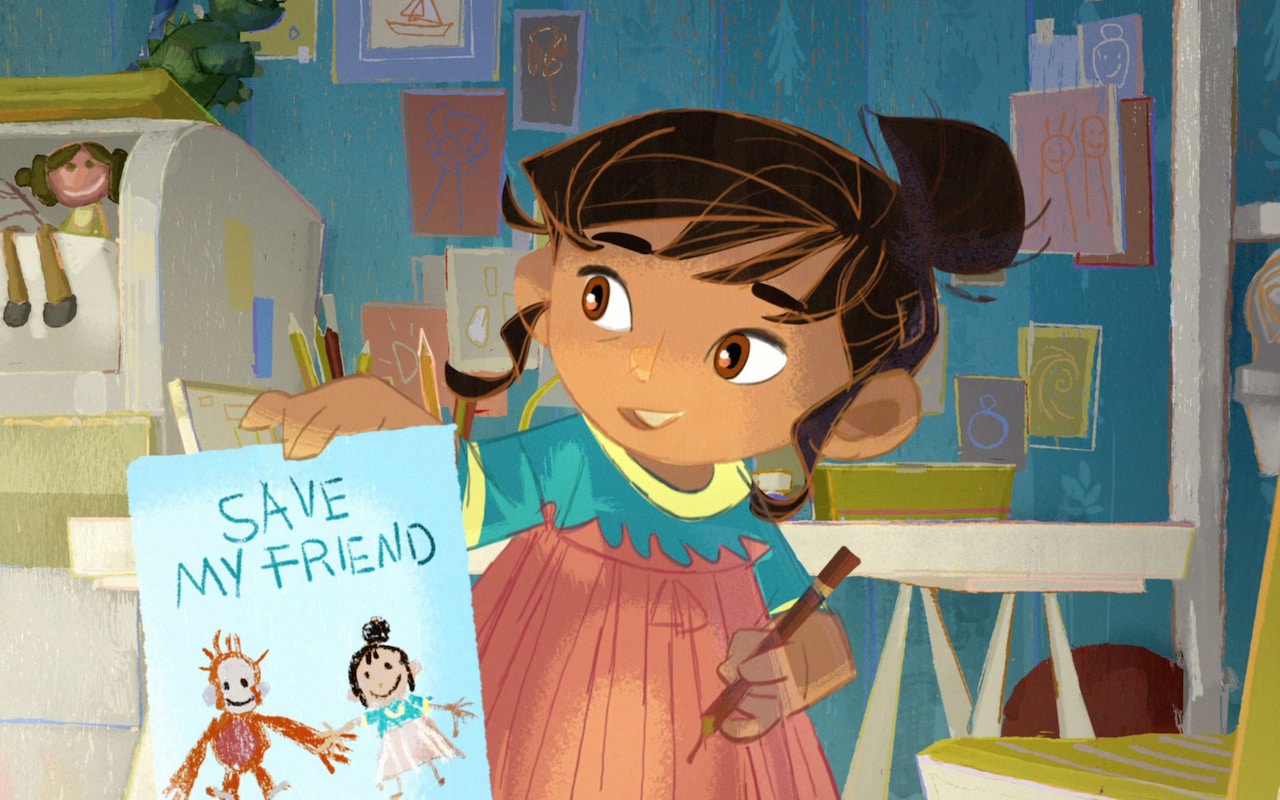 Have you seen Iceland’s banned avert?

Supermarket Iceland has had its Christmas advert blocked from TV screens for being too political.

The commercial, voiced by actress Emma Thompson and originally produced by Greenpeace, features a cartoon orangutan and highlights the plight of the rainforest.

Clearcast, the body which approves or rejects adverts for broadcast on television and video on demand, said it was “concerned” that the commercial “doesn’t comply” with legislation on political advertising.

It added that Greenpeace had “not yet been able to demonstrate compliance in this area”.

Since Iceland’s banned advert video was posted online it has since received thousands of shares on social media, which is not regulated in the same way.

The company tweeted: “You won’t see our Christmas advert on TV this year, because it was banned. But we want to share Rang-tan’s story with you… Will you help us share the story?”

Iceland’s banned advert focuses on the impact of palm oil on deforestation and follows the supermarket’s decision to remove the product from all its own-label food by the end of 2018.

Greenpeace said the commercial was not originally intended for television, but neither they or Clearcast were able to immediately confirm whether it had been previously submitted for broadcast clearance.

The charity was said it is unable advertise on television due to cost and difficulties with approval.

A spokesman added: “Mother, the creative agency which produced the video, submitted the Rang-tan script to Clearcast in July to test the system again and see if there was an option for us to advertise as part of our campaign alongside planned cinema screenings and social media. It was rejected because of the name Greenpeace.

“Working with Mother, Iceland submitted Rang-tan as their advert for Christmas but we weren’t involved in the negotiations.”

Iceland said it had spent £500,000 on putting its campaign together and insisted it had booked a number of prime-time TV slots with the full intention of having it cleared to air over Christmas.

Richard Walker, managing director at Iceland, said: “Whilst our advert sadly never made it to TV screens, we are hopeful that consumers will take to social media to view the film, which raises awareness of an important global issue.”

Earlier this year, Iceland pledged to go plastic-free, as well as launching an extensive vegan range.

The Above is sourced material from The Telegraph

Click here to sign the petition if you too believe the ban should be overturned so that this ad can be on TV screens at Christmas.

Palm oil is literally everywhere – in our foods, cosmetics, cleaning products and fuels. It’s a source of huge profits for multinational corporations, while at the same time destroying the livelihoods of smallholders. Displacement of indigenous peoples, deforestation and loss of biodiversity are all consequences of our palm oil consumption.

At 66 million tons annually, palm oil is the most commonly produced vegetable oil. Its low world market price and properties that lend themselves to processed foods have led the food industry to use it in half of all supermarket products. Palm oil can be found in frozen pizzas, biscuits and margarine, as well as body creams, soaps, makeup, candles and detergents.

Few people realize that almost half of the palm oil imported into the EU is used as biofuel. Since 2009, the mandatory blending of biofuels into motor vehicle fuels has been a major cause of deforestation.

Oil palm plantations currently cover more than 27 million hectares of the Earth’s surface. Forests and human settlements have been destroyed and replaced by “green deserts” containing virtually no biodiversity on an area the size of New Zealand.

endangered species such as the orangutan, Borneo elephant and Sumatran tiger are being pushed closer to extinction. Smallholders and indigenous people who have inhabited and protected the forest for generations are often brutally driven from their land. In Indonesia, more than 700 land conflicts are related to the palm oil industry. Human rights violations are everyday occurrences, even on supposedly “sustainable” and “organic” plantations.

Only 70,000 orangutans still roam the forests of Southeast Asia, yet the EU’s biofuels policy is pushing them to the brink of extinction. Every new plantation on Borneo is destroying a further piece of their habitat. Stepping up the pressure on policymakers is a must if we want to save our tree-dwelling kin. Apart from that, however, there is still a lot we can do in day-to-day life.

The Above is sourced material from Rainforest Rescue